What’s the Difference Between Botox and Dysport?

There may be a lot of anti-aging injectables out there, but when it comes to instant name recognition, few of them come close to touching the universally popular Botox.

But there are a few contenders that rival Botox, both in affordability and effectiveness. One of them is Dysport, a new anti-aging injection that works to fade frown lines just as well as Botox.

Given that both injections target the same aging concerns, what’s the difference between Botox and Dysport? 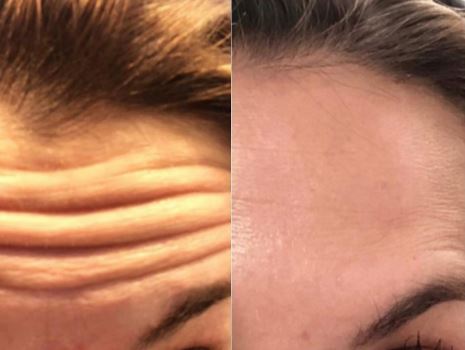 Comparing Botox and Dysport: What Are the Differences?

First introduced to the world in the late 90s, Botox is an FDA-approved injection that works to smooth away forehead wrinkles and frown lines. Botox is also approved for the treatment of crow’s feet, which are wrinkles that extend from the corners of your eyes.

Dysport is FDA-approved for the treatment of frown lines, which are those stubborn vertical lines that appear between the eyebrows.

Both Dysport and Botox take just a few minutes to inject into the targeted areas. Botox sessions may take slightly longer if you’re opting to use it on a few areas, like your frown lines and crow’s feet.

Dysport users tend to see results faster (usually within two to three days after injection). Botox users take a little longer to see their results, as they usually appear about one to two weeks after treatment.

Dysport is considered more affordable than Botox, as each unit is priced lower than a unit of Botox. However, you may need more Dysport injections to see the same results as with Botox, so those cost savings might disappear depending on the severity of the wrinkles you’re looking to treat.

“I went to this location to get a fixer up of a recent botox injection I had received elsewhere that had created two small lines at the top of my forehead right before my hairline. I’m only 24 and doing this for preventative care and because I am a model. I don’t remember the female’s name but she was such a sweet physician. She totally saw the problem and completely fixed it. A few days after and once the botox started to show, I couldn’t have been more satisfied. Awesome place.*” *

Take the Next Step

Interested in learning about Botox and Dysport, including which anti-aging injection may be right for you?

Accessibility: If you are vision-impaired or have some other impairment covered by the Americans with Disabilities Act or a similar law, and you wish to discuss potential accommodations related to using this website, please contact our Accessibility Manager at 949-946-6624.
Contact Us